Last time, I wrote about making backup plans when you have trouble using a tried and true plan. This is ingrained into my daily life. I was raised to figure out what kind of thing I needed for a tool. Then to think what items in the house could be that tool. There was even a 1980’s TV show called MacGyver where the main character could save the day with a paperclip and a couple more items. The unpredictability of MS has me frequently making backup plans for backup plans so I wanted to give you another real life example.

Here is an example of MacGyvering from my life dealing with cats.

A few years ago I needed to take a large cat to a 1 year old checkup. On the day of the appointment I was recovering from a bad wrist sprain complete with a support brace. 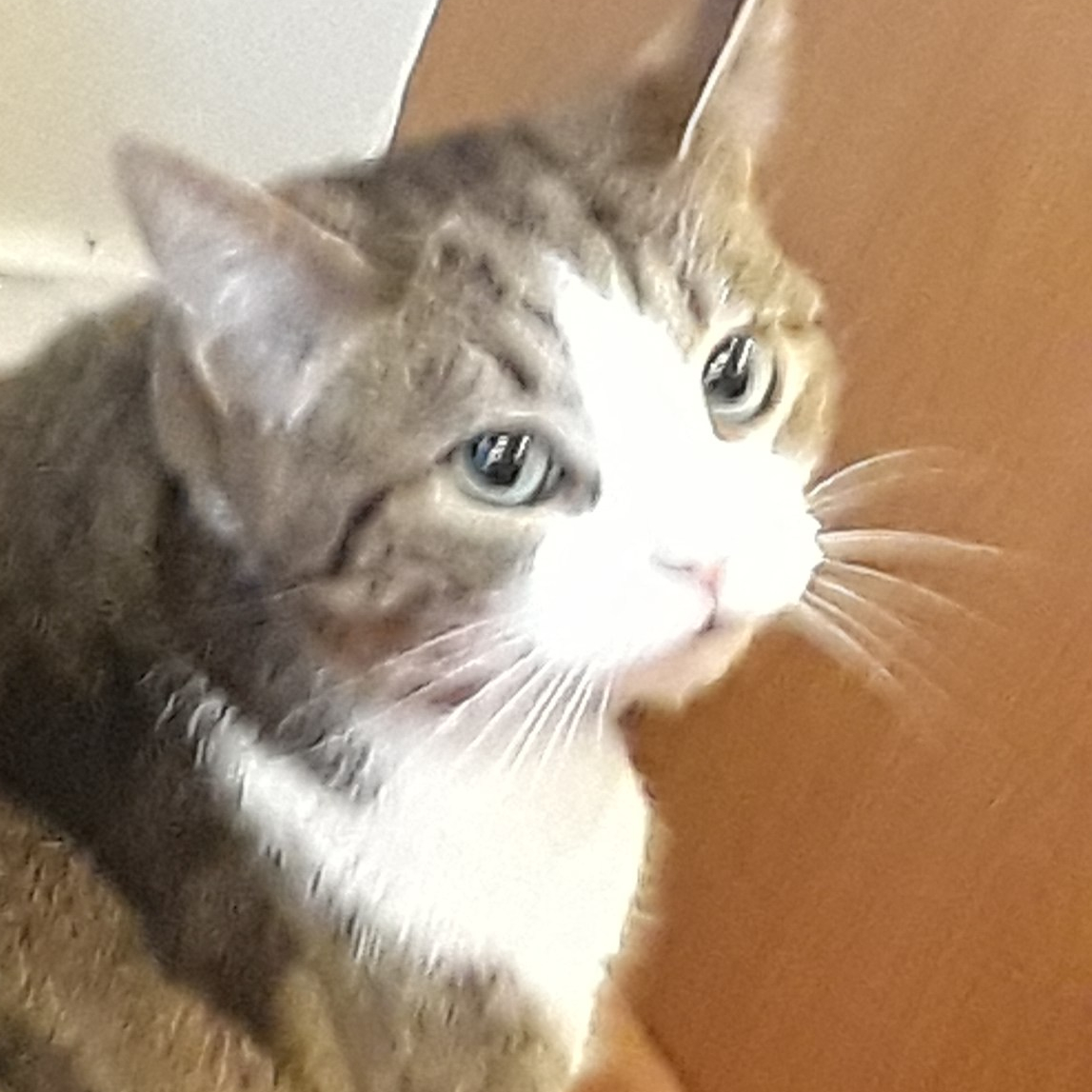 We adopted this cat through the vet, where his foster family took him each day. He was so used to traveling back and forth that whenever he sees a pet carrier with a door open, he just walks in. This is going to be easy. I wait until just before the time to leave to open the carrier door. He just looks at me as I encourage him to get in. What?!

I throw in a cat treat. He reaches in with one paw and pulls out the treat. Oh no.

With no time to spare, the actions I tried next seemed to follow a boxing match rhythm.

In this corner, we have a woman wearing a wrist brace trying to figure out how to get a cat into a carrier. In the other corner, we have a cat that clearly remembers getting neutered at the last vet visit. How will the women succeed?

Rounds 1 and 2 were won by the cat. In round 3 I tried to pick up the cat and shove him in. This usually only works as a surprise move. Yep, round three goes to the cat. Round 4 added cornering to the round 3 move. Nope.

The cat is definitely not feeling threatened. A frantic shutting of various room doors is round 5’s prep. In Round 5, I add several cat treats to the carrier’s back. The cat just glares. Round 6 has the carrier up on end. The classic pick up and pour in move. Well, the brace and sprain are a hindrance. The cat knows just how much squirming is needed to keep from being picked up.

Rounds blur by without success. In Round 10, or is it 15, I am exhausted and sitting on the floor, legs out to corner the cat between a wall, a cabinet, and the carrier. I shove the cat into the carrier, slam the door shut, and quickly latch the door before the cat can back out. Victory!

I make it to the veterinarian appointment a bit late and guess what I learn. The cat is overweight, ‘carb sensitive’, at 19 pounds! Remember that cat carrier? It has a maximum carry weight of 12 pounds. He has a larger carrier now. Do you think he knew the carrier was too small?

See how it helped creating many backup plans? I even learned another needed plan adjustment for the next time. As he needs extra vet visits to monitor his weight, I need that head start. More on that cat later. Good Luck on your MacGyvering!

2 thoughts on “In This Corner…”